I tried to proclaim to those I know on Facebook that I couldn’t even put into words how much I miss my Grandma, but that’s a lie. There are rarely things that a writer cannot put into words. If I could not put this feeling into words, the odds of me being a dismal writer would be fairly reasonable. 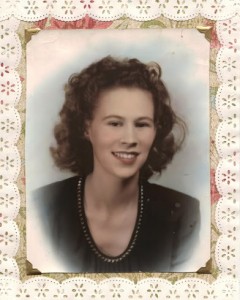 I don’t think I would be the same person without her stories and her words of wisdom. I’m not sure that Grandma even applies to her, I do believe second mom might be more appropriate. This, in no way, is a slight to my mother, it just means she had much more influence on my life than the regular Grandma… And three years after she entered into her eternal rest, I find more ways to believe to be true.

I doubt I would be called “Annette Margaret” if it weren’t for her. The name “Annette” had originally been chosen for my mom when she was born, but she decided to name my mother after her own… And so the name “Annette” was saved for another time, and she suggested the name to my mother, and that’s how I got mine. And of course, my middle name was in honor of my Grandma’s first name.

I wouldn’t even be the same person if it weren’t for her. I learned my lessons from a different time. From the halls of an orphanage in Cincinnati, from Peachtree Street in Atlanta, and the outskirts of Little Italy in Altoona, I heard a different perspective on life. I wasn’t there, but my ancestor was, and she told me the many things she had learned from living in those places, and other lessons I may have missed if I had not known her presence.

As I’ve grown up in church, I’ve always gone to those revival type services where people stand up before the congregation and give certain live changing testimonies where God had literally ripped this said person from the grips of Hell by delivering them from alcoholism, drugs or whatever other tools of darkness by some miracle, and it always made for a wonderfully sensational testimony and one truly worth telling. But this week, I realized something, and it was very fitting as it is on the heels of the anniversary of my Grandmothers passing. All the years she told me about the Depression, wartime America, and her own personal struggles, all the advice and every other tale she told was not simply an elderly pass time. She was doing the same as those redeemed souls at the altar on Sunday morning. She was relaying her testimony to me. I recall many enchanting stories like these:

One late spring evening, in the 1930s, when my Grandma was just on the edge of entering into her teenage years, her lonely father, Frank Ostheimer, had come back for his daughters. Over a decade had passed, but finally, these Ostheimer girls were finally to be reunited with Mr. Ostheimer. For years he tried to convince the chaste caretakers of the many orphaned children of Cincinnati, that he, in fact, was quite capable of taking care of his motherless daughters. Unfortunate events had first lead to the loss of his wife, then, he was dealt a further blow of losing his daughters, in essence, by being falsely accused of being unable to care for them, which certainly was not the case.

My grandma had fond memories of the orphanage and she made the best of her stay there despite the circumstances – but nothing could ever substitute for being home and in the arms of dear old Dad. She told me that being reunited with her father was one of the fondest memories she had ever known. Just imagine: walking through the streets of Cincinnati, gently warmed by the compassion of springtime, gently walking on their way to their new home, her real home, was thrilling and captivating to her heart. 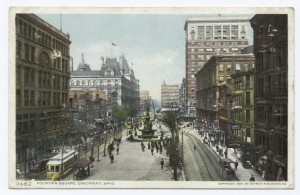 There must have been magic in the air, and a beautiful song in her heart, because she always said she heard “Dream A Little Dream Of Me” as she, her father, and her sister Frances made their way through the city and past Fountain Square. From the way he had heard it, my uncle had always thought perhaps maybe she heard the tune from a nearby radio on a porch, or someone whistled the tune, but me and my budding curiosity prompted me to ask where she had heard the song as they strolled through Cincy (She always called her beloved hometown “Cincy”). She told me she had heard the song recently, and she heard it in her head, not from anywhere else, and the song always stuck with her and reminded her of that night.

What a memory to hold! The dazzling lights of the city dancing on the beautiful fountain, the buzz of the city streets, and finally being reunited with the father you’ve loved so and wished to be cared for by…

Stories like that made me want to see Cincinnati for myself. I wanted to hop in a car, make my way through Ohio and be just on the border of Ohio and Kentucky and take a look at that fountain myself. I’d touch the water in the fountain, I’d gaze on that same fountain my Grandma had walked past, and I would hear the same graceful song in my heart…

But I’d also remember what brought her to that scene: Hardship.

While this was a joyful reunion of my Grandma and my Great Aunt to my Great Grandfather, there were also melancholy tones underneath the reunion narrated by the happy larking melodies of Dream A Little Dream of Me. If you remember from the earlier paragraph of the story, you will recall that she wasn’t returning home to her father and her mother – she would just be returning home with her father and her sister. Her mother had died a few months after she was born. She was a year or so shy of forty when she had left three daughters and a heartbroken husband.

Along with remembering that, I stop, and remember to thank God for the parents that I have, for the life that I’ve been given, and that I didn’t have to wait 12 years to live in a household with my family. I remember to thank God for the privilege of knowing my mother. It was unfortunate my Grandma had never known that privilege. My Grandma had never even seen a picture of her mother. Try to imagine never seeing your mother, never talking to her, never knowing her. It’s not something I want to imagine. 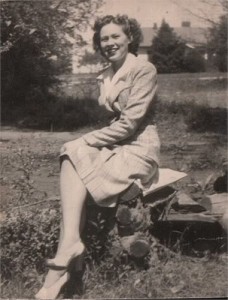 My Grandmas testimony always ended up being a wake up call to me and a call to reality. In my spoiled 21st century existence, her stories of an era gone by reminded me to be thankful for what I have, and to remember I’m never far gone from the existence she had once known – and that I should remember the lessons she had taught me. You could never put a price on the value of the stories she had told.

Every day, I always find some way to remember my Grandma. I remember to be thankful for her, but today I especially remember to be grateful for having knowin my dear Grandma. Oftentimes on this date, I have a recollection of the last words we had exchanged and the testimony of her life she presented to me. What I have learned from this is that a person should never take anyone for granted – God has placed a light in each of their lives, and the beautiful glow of their lives will always shine a light into yours, if you just allow it to… If you just listen… If you step outside of yourself for just a moment, you’ll see it.

But it’s only if you divert the attention from yourself and to another, and oddly enough your life will seem much brighter, even on the darkest days.