In the Footsteps of Bach 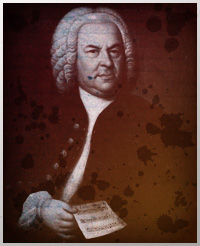 I’m following in the footsteps of Bach. Sure, by playing his various Inventions and delving into counterpoint, yes, I have been following his method of mastering the piano. But truly, I’ve been following in his footsteps for the last few months by being a church musician and dedicating my talents to the Lord.

I figure, what other reason would I have to play piano? My own fame? It is highly unlikely that I myself am the next Bach. I passed the point where I could qualify as a virtuoso years ago. Playing for someone who transcends time itself (Our Lord Jesus Christ) is the goal I should have in mind. This is the exact same goal Bach himself aimed for.

“The aim and final end of all music should be none other than the glory of God and the refreshment of the soul.”

Amen to that. Can we get a few more amens?

Bach is still heralded to this day as revolutionizing the world of music. Yes, even more so than Michael Jackson. To this day, Bach’s Mass in B Minor is considered one of the greatest pieces of music ever composed.

It certainly will stick with you after you hear it. I don’t know what makes Bach’s Mass in B Minor one of the greatest pieces of music ever composed… But the fact of the matter is, Bach was a revolutionary who dedicated himself wholeheartedly to the advancement of music. Not only for the delight of man but for the glory of God. 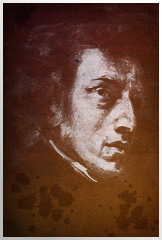 He paved the way for hundreds of other revolutionaries thereafter, and notably to a certain Frederic Chopin (Whose music I enjoy, along with other millions of Chopin admirers for sure.) Chopin would warm up before concerts by playing Bach’s “Well-Tempered Clavier”. He knew them all by heart. He adored the works of Johann Sebastian Bach. It seems Chopin followed in the footsteps of Bach, too!

So, to all you classically trained musicians using your talents in church – Press on my friends, by dedicating your talent first off to God, you are on your way to greatness. Keep following in the footsteps of our friend Johann Sebastian Bach!

Hi world, I’ve been silent lately but certainly not bored! After graduating high school, I busied myself this summer with receiving my boating license (Enabling me to drive a jet ski legally), participating in an arts competition in Orlando, FL and I just got a job as a church pianist! This has been one of the most exciting years of my life so far. But it has also been one of the hardest.

Today, I’ll share with you a little work I’ve done on the piano. I’ll be posting some new piano videos within the next two weeks. I’m currently working on a jazzy version of the hymn, The Solid Rock. But here are some songs to keep you occupied in the mean time, including the song I did for competition in Orlando. Enjoy!