Ruminations of an Old Soul: Part 1 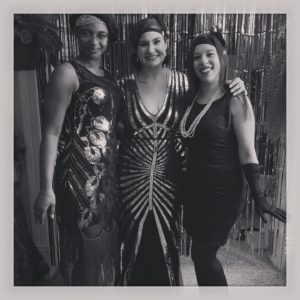 With friends Lynnette and Tressa at a Roaring 20’s Party, Dec. 2019

I’m an old soul. I’m not sure that I always have been. Is one born that way? Is one like Benjamin Button, born old, then lives their way to youth as they approach old age? I love old music, old photos, secrets held by previous generations that helped us get to this fascinatingly progressive world that we live in today. I wonder if I was born this way, or was I molded to appreciate the gifts of previous generations by my upbringing? Some would say it’s both, some would say I was born this way, this is the question of nature vs. nurture. All I know is that it did help that my earliest and most intimate memories included having the privilege of being surrounded by four people who were defined as the Greatest Generation. I didn’t know that’s what they were called. I knew them as Grandma, Grandpa, Pappy and Grandma Mary.

Richard Sousa gave a poignant perspective as to why my parents’ parents were defined as the greatest generation:

“In addition to enduring this country’s greatest economic catastrophe and fighting two wars, they went on to work at Leviton and Boeing, they built homes and raised families in Omaha and Bakersfield. They put a man on the moon! They were carpenters, teachers, welders, Fuller Brush men. But, most important, they wove the fabric that made the United States great. They gave their children safe and secure homes; they exemplified a solid work ethic and belief in America; they instilled in their children the value of education.”¹ 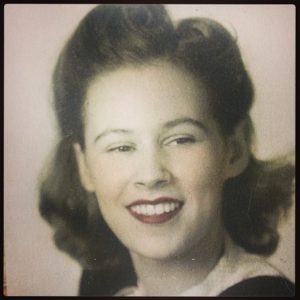 I knew Grandma (Peggy, to be exact) as my maternal grandma who I would spend almost every weekend with through the earliest years of my life. I’m her namesake and she named me. Margaret Mary Ostheimer LaMark gave the name Annette Margaret to me, partly because she was going to name my mother Annette but chose Catherine instead (she was going to name my mother after hers, she had no memories of her and was motherless as a baby), and so I was given Annette. She lived a simple life in a duplex a few blocks from where I grew up.

Her own harmless idiosyncrasies were unknowingly setting me up for a life with common sense safety. She often chastised me about eating too much sugar; I hate sugar now and have no sweet tooth, how great that has been for my health! She told me not to put things to my mouth or touch my mouth frequently. She flew in the face of Jean Piaget’s theories of Cognitive Development and told a three year old to stop putting things in her mouth. Did I understand it? Absolutely not. Did I stop doing it? You bet I did, and to this day, I don’t chew on my fingernails. Heck no. Keep those germs out of my mouth. Perhaps her simple pieces of advice have somehow kept me alive in light of recent events. We’ll never know. 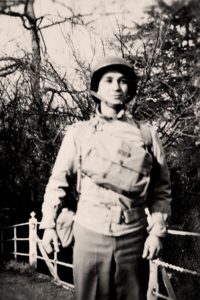 Grandpa was a force of nature. His bellowing Sicilian voice was a rumbling alarm clock that demanded coffee and aired opinions about anything and everything, and told seemingly endless stories about World War II. They would be interrupted by the times he would bring in a miniature sized keyboard he would find, and he would play a couple tunes that he transferred from playing on the accordion.

Grandpa never finished school and went on to work during the Great Depression, so he knew full well what it was like to go without. For this reason, he would often come to my parents house with gifts of toilet paper and paper towels (I bet you’re jealous now). He would buy little things he might think he would need later, and give me little trinkets that I thought were strange at the time, but make sense to me now.

He also did not give one single crap about what you thought. He had the courage to tell the truth, and he didn’t care if it hurt your feelings. He’s the reason I figured out that I had very nice, albeit large teeth, when he first spied my mouth after my braces were taken off when I was fourteen.

“Ehh! Did you get a set of dentures there, Annette?” He asked.

“No, grandpa. I got my braces off.” I responded sheepishly.

“It looks like you got dentures. You have horse teeth.” He said, without one hint of hesitation or an apology, but a man who survived the Great Depression and World War II wouldn’t give much thought to telling his granddaughter that her teeth looked like they belonged to a gift horse. Let’s all say he earned that right.

Mind you, I was lucky enough to have both sets of grandparents to share their reflections and thoughts with me for most of my young life. My Grandma Peggy and Grandpa LaMark taught me the most, but I had a unique perspective on life from my dad’s parents, Pappy and Grandma Mary, who cultivated the land and lived in tight knit communities in the Appalachian mountains of Pennsylvania as well, that I admittedly have recently come to appreciate. I will share more about them in a later blog post.

This is the first of, I hope, many installments, sharing what this old soul has learned from this generation. I’m not sure that it has become more relevant in a time such as this, as my generation is finally facing their collective defining hardship. We’ve been privileged. This COVID-19 situation is crazy and out of our control, no matter which side of the aisle you’re on. But we’re here now, the damage is done and it’s about damn time that we see what it is we’re made of.